An appointment listen your audience will enjoy week after week.

Question: What’s better than Gary On Guns this weekend?

Answer: Gary On Guns every weekend.

Gary on Guns is the fastest firearms hour on radio. Never before have you learned so much about guns, shooting, firearms laws, and the 2nd Amendment, while having so much fun!

Highly sought after guests share their insights, along with firearms retailers, manufacturers, and trainers, along with listener calls, questions and stories.

You’ll enjoy hanging out with the gun guys, Gary & Scott. It only takes hearing the show one time… and quite often your listeners will want to make Gary on Guns a part of their weekend routine.

Give the masses what they want! Give them Gary on Guns. 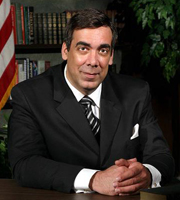 In addition to hosting his nightly radio show, Gary served as President of Washington-based “Capitol Watch” from 1997 to 1999, working to defend American taxpayers from “higher taxes and wasteful spending.” Since 2004, in addition to hosting his daily radio show, he continues to promote small government ideals as Chairman of the Board for “Downsize DC”, whose “Read the Bills Act” has been introduced to the Senate by Rand Paul. Their “One Subject at a Time Act” was introduced to the House by Representative Tom Marino with multiple co-sponsors. Additionally, Gary serves as the United States Director for the Citizens Freedom Alliance, an organization working to protect private property rights across the nation.

Scott Van Kirk is a former law enforcement officer and a certified firearms instructor. More than anything, Scott enjoys disassembling and reassembling firearms.

LISTEN TO GARY ON GUNS

Gary on Guns is often sponsored by the following types of advertisers: