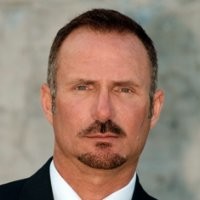 Jon graduated from Penn State University in 1983 and landed his first broadcasting job as a talk radio producer in St. Petersburg, FL. In a matter of months he advanced to network producer, then on air as a national and, eventually, local weather reporter for the Tampa Bay area. He went on to hold a position in management as a trainer to new hosts and producers and later Affiliate Relations Manager, Jon has continued working in affiliate relations with different national radio networks, and uses his decades of affiliate service experience to benefit the affiliates of Talk Media Network

In 1990, Jon started hosting the now largest and longest running pet radio program in the country, Talkin’ Pets with Jon Patch. Talkin’ Pets serves to help to educate the world through interviews with celebrities, experts, authors, foundations and various organizations on the ways to make this world a better place for all — animals and people. Radio Ink profiled Jon & Talkin’ Pets in April 2017.

Questions for radio GMs, OMs & PDs: Are you programming your weekends so listeners set an appointment with your station? And are your shows attracting new local revenue?
Contact Us